Due to the pandemic, organizations such as trade delegations, fairs, etc. to increase exports started to be transferred to digital with the support of the Ministry of Trade. In this context, Central Anatolian Furniture, Paper and Forestry Products Exporters’ Association held its first virtual sectoral trade delegation for Qatar, Kuwait and Oman, among the important markets of the industry, between September 21-24, 2020.

The process in which the participating companies are introduced at www.turkishfurniture-b2b.com and starting with the appointment of online B2B meetings, online catalog, online invitation, Google ads, LinkedIn, mail and fax to wholesalers, importers, distributorship and dealership companies in three countries, consultancy and contracting companies. Invitations were sent to 80,000 mails and 2,450 companies via fax in total.

The virtual Sectoral Trade Delegation, which was announced on the website and social media accounts of the Kuwait Chamber of Commerce and Industry and the Oman Chamber of Commerce and Industry, drew wide attention in the press. In Qatar's most widely read English-language newspaper, Gulf Times, our Association President Mr.A. Tahsin ATA and the founding partner of Shedu Consulting & International Trade company, Mr.Deniz KUTLU's interviews were included. Following the opening speech of the President of our Association, Mr. A. Tahsin ATA, the virtual Sectoral Trade Delegation, which lasted four days, continued with the presentations of Doha Commercial Counselor Mrs.Yasemin ÜRKMEZ AYDIN, Kuwait Commercial Counselor Mr.Atilla Alper BAŞBUĞ and Muscat Commercial Counselor Mrs.Ece ASKOP.

While 44 foreign companies participated in the delegation, which included 16 Turkish companies, 153 out of 194 appointments in total were made, and the rate of participation was 80%. Among the companies that participated in bilateral business meetings, companies from the Gulf region, such as Havelock One, Mohsin HaiderDarwish, and Al Jaidah Group, were also known in the sector. 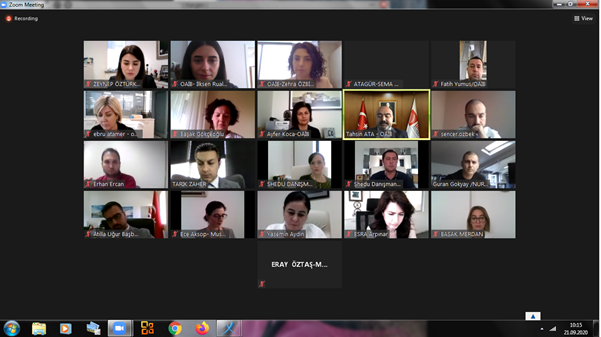